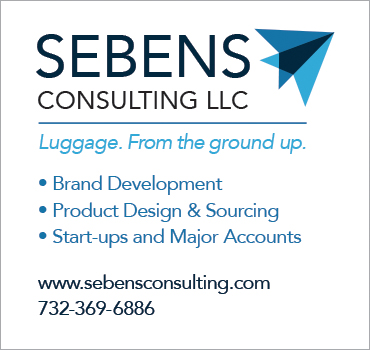 LiteGear® has added Jeena High as director of social media to its team. High is an avid outdoorsperson who enjoys hiking, snowboarding and camping, and is equally enthusiastic about travel, having driven across America a couple of times and globetrotted throughout Southeast Asia, Africa and Europe. She honed her social media skills across various platforms while documenting her many travels.

“As a woman-owned company and family-owned and operated business, I am excited about the dynamic energy and creativity Jeena, my niece, brings to LiteGear’s social media platforms,” said Magi Raible, LiteGear’s founder and creative director.

Hydaway introduces Daily Face Cover, a simple one-size-fits-all solution to keep users’ mouth and nose covered while on the go. Designed and made in the USA of a 50% cotton/50% polyester blend, the masks feature a no-sew design – meaning no humans touch the masks during production. Fully reusable and machine-washable, the mask’s contoured design allows for full face and nose coverage. It is adjustable to fit both adults and children. MSRP: $24.95/5-pack. Learn more about the masks at shop.hydawaybottle.com.

In response to the pandemic, KeySmart has launched an ergonomically designed antimicrobial hand tool that allows for safe use of door handles, public touchscreens and buttons. Sparked by the success of the Nano Stylus, which allows users to avoid touching store touchscreens, the patent-pending CleanKey™ steps up so you don’t have to touch public surfaces. Made with copper alloy, chosen for its inherent antimicrobial properties, the device is 70% copper and 30% zinc and cleans easily with steel wool or a disinfectant wipe. CleanKey may be carried on your KeySmart key chain or its included retractable carabiner. MSRP: $24.99. See the product at getkeysmart.com.

Made of Carpet® resurrects a 150-year-old fashion treasure: the elegant Victorian Carpet Bag. Designed in London and handcrafted exclusively in Europe, these vintage-style carpet bags come with bespoke trimmings and are made from the finest quality rugs produced in Western Europe. Bags are rainproof, soft, light and silky, yet thick and firm at the same time. Offered in a variety of colors and patterns, the bags are full bodied, strong and durable, and feature an interior lining and organizing pockets. MSRP: $180-$340. For more information, visit madeofcarpet.com.

Matador® Travel Equipment introduces its On-Grid™ Series, a collection of packable bags with a minimalist urban aesthetic, designed for on-the-grid travels. The collection incorporates features for urban travelers, including premium fabrics for abrasion resistance, with the packability features for which Matador is known: 16-liter backpack with multiple organization pockets (MSRP: $59.99); 25-liter duffle designed for short weekend trips or jaunts to the gym ($49.99); 16-liter crossbody tote with laptop sleeve ($49.99); and stylish hip pack with adjustable hip/crossbody strap and pockets for essentials ($34.99).

Each item flips inside its own pocket for storage, and the backpack and tote offer laptop-compatibility. Durability is enhanced with 100D waterproof Robic® nylon with a UTS coating, which adds up to 30% strength over traditional coatings, along with bar tack reinforced construction. For more information about individual collection features, visit matadorup.com.

NeetPac™ is a hygienic travel kit that includes everything needed for a cleaner, safer and more effective way to travel. Each NeetPac includes one N95 facemask; a waterproof tray table cover with adhesive to keep the cover from slipping that can also be used as a seat cover; a head rest cover, also with adhesive to keep it in place; and three disinfectant wipes that can be used for doorknobs and flush handles of toilets as well as all other contaminated areas. Kit components fit into a small, soft and compact hot-sealed zip-lock bag. MSRP: $13.99. For more information, visit neetpac.com.

EasyNap’s™ POCKET Cushion Lower Back Cushion Support from SmartTrip fits the seat in airplanes, public vehicles, boats, etc. to give ergonomic support for the lower back and relief to the spine. It tucks neatly into its own CompactFold™ Handy Pouch – so small and slim it can be carried in the pocket of a jacket, backpack, handbag or briefcase. A patented SmartSPT™ Added Support Box provides extra reinforcement. The pillow features new memory foam technology that is environmentally friendly, as well as CoolPass wicking fabric and a cushion strap. MSRP: $29.90. Learn more about the POCKET at smarttrip.cc.

SpectraSpray Global introduces the Be Well Kit, comprising immune and sanitizer sprays, to help support immune health and ongoing wellness. The oral Immune Spray with vitamin D, vitamin C, zinc and lysine helps create a barrier orally from germs and viruses. It is perfectly combined with the new natural Hand & Surface Sanitizer that does not dry out the skin. The sprays can be used anytime and are especially handy when going out to shop or to run errands. Designed to be conveniently carried in a pocket, purse or briefcase, the sprays are TSA compliant. MSRP: $28.95. For more information, visit spectraspray.com.

Face masks have quickly become an everyday utility but YaY Novelty believes they can still be fun and unique while providing safety.

The YaYmask Designer Collection features hundreds of expressive designs that let wearers show their personality while protecting themselves and others. Made in the USA, the masks feature a water-repellent 3-layer knitted suede fabric with micro-air technology and natural wicking capabilities. It is engineered using an air chamber design in combination with performance fabric to allow for easy respiration. With a 1/8” copper strip used for the nose bridge, masks closely fit the face and minimize gaps for increased protection.

Available in mid-July, the YaYmask offers adjustable options for comfort and can be worn in two ways – on the ear with an adjustable cord stopper or with an elastic ear protector (included). It is washable and reusable up to 50 times. Although the masks are washer and dryer safe, hand washing and air drying are recommended to preserve fabric performance and colors. MSRP: $25. For more information, visit yaynovelty.com/wholesale.

Enviro-Point®, a Luggage-Point® Company, introduces the Travel Safe Portable Hygiene Kit. Measuring 14 x 30 x 2 cm, each kit contains two 3-ply disposable face masks with a bacterial efficiency of 99.8%-plus; two pairs of gloves; and a packet of 10 anti-bacterial wipes and a 100-ml hand sanitizer – both are which are proven to kill up to 99.9% of germs. The face masks and the gloves are FDA approved and all products have full CE certification. Smartly packaged, the safety kits are an eye-catching and reusable travel pouch. Introductory MSRP: $9.50. For more information about each item in the kit, contact graeme@enviro-point.com or visit enviro-point.com.

It’s been a busy few months for SpectraSpray Global. The company responded to the COVID crisis by providing a natural, vegan hand and surface Sanitizing Spray with essential oils and moisturizing elements. These were offered at a low cost to New York City health care providers to support their mission of caring for others during this crisis. The company recently held a 3-day ecommerce event at the invitation of Zulily and successfully created a wellness buzz among Zulily customers. It was featured in the mom-centric newsletter, “The PickUp Line,” where it was lauded for its citronella and lavender-scented spray with aloe vera and vitamin E. Coming up, SpectraSpray will be seen on the entertainment website, “Hollywood Life,” with over 9 million readers. SpectraSpray Global sprays are now being distributed through Green Tea Hawaii and will soon be available through Overstock.com.

Gruv Gear announces a strategic alliance with UK-based HomingPIN. Selected ranges of Gruv Gear cases and bags will now be sold complete with custom-made Global Recovery Tags, powered by HomingPIN, significantly reducing the possibility of losing luggage or instrument cases while traveling. Gruv Gear plans to integrate the technology into many of its upcoming bags and cases.

Each Global Recovery Tag built into Gruv Gear bags and cases has a unique, permanent and anonymous identification number. The hardwearing metal tags are easy to use with no moving parts or batteries. Tags are registered on the HomingPIN website’s secure database and if a bag or case is lost or fails to arrive when traveling, the ID number can be searched and bags reunited quickly with owners. The tracking service is free for the first year and $6 annually thereafter. For more information, visit gruvgear.com and homingpin.com.

England-based VoyagerBlue Ltd. has rebranded and will be reintroducing a series of Combination Protection products in the USA. Holding USA, UK and European patents for RFID/NFC/contactless protection coupled with Bluetooth loss prevention, the company protects client data/property by providing researched and tested sustainable metals in shielding solutions while developing packaging to remove plastics and striving to use only responsibly FSC-sourced materials.

Robert Myers Higginbotham, 61, died February 21, 2020 as a result of injuries received in an automobile accident. An identical twin who was born on September 11, 1958, Rob was a graduate of the University of North Carolina where he received a Bachelor of Science degree in political science. He was an entrepreneur who founded his own luggage company in 1987, naming it after his children – Claire Chase. The business continues to thrive today. 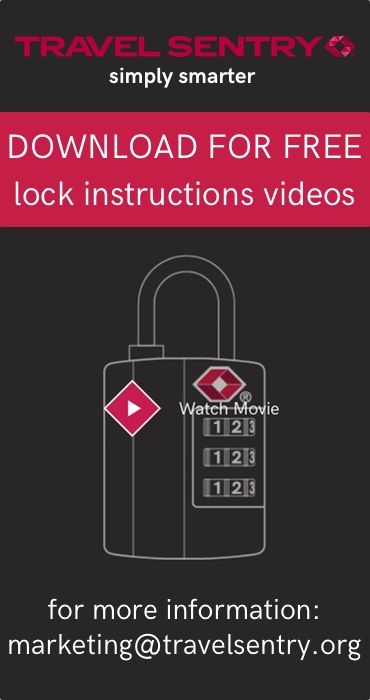 Not traveling this year? Enjoy the glow of old adventures & plan new ones🧳
📸Sort, print & frame photos from your last trip
🍜Tackle vacation resolutions, like learning to cook a new favorite cuisine
🏝Get serious about planning your next #BUCKETLIST trip
https://bit.ly/TGAnews8-13

If you cancelled a trip & you're also skipping PTO, "this is a dangerous mind-set," says clinical psychologist & vacation researcher Jessica de Bloom. "People have been very stressed due to the pandemic and are in need of recovery." @washingtonpost https://bit.ly/TGAstay

Unscrupulous companies are targeting Travel Goods Show attendees with emails offering attendee contact lists. Please know that these emails have not been authorized by TGA. We do not sell or rent our contact lists.
For more info: https://bit.ly/TGAupdates

Catch up virtually with the latest travel industry news: fresh products, business opportunities, and people on the move. It's all in the new edition of Industry Buzz: https://bit.ly/TGAbuzz
Photo by Nathan Dumlao on Unsplash

Thanks for subscribing to the Travel Goods Showcase Magazine.
You should receive a confirmation email soon.